One of the worst feelings in the world is getting ignored by your boyfriend.

All of a sudden, you don’t feel safe and loved anymore…

There’s an empty, sick feeling in your chest, and you can’t stop thinking about him…

Worst of all, you might not even know WHY he’s ignoring you!

Trust us – We understand that feeling.

As international relationship coaches, we’ve helped thousands of women around the world with their relationships…

And we’ve realized one thing:

Even after years of dating, you CAN keep your boyfriend devoted, committed and crazy in love with you.

You just need to understand a few simple secrets about male psychology!

In this article, we will show you EXACTLY what to do when he ignores your texts.

You’ll learn how to respond to ghosting, as well as how to find out why he is suddenly ignoring you.

Later, we’ll show you some smart ways to make him regret ignoring you, and come back BEGGING for a second chance.

Simply follow these 5 steps, and force him to open his heart to you again!

Does he still love you? Take this quick quiz to find out! Find out what he REALLY thinks, and how strong his feelings for you are. Start the quiz now!

1. Send Him A Short, Casual Text

Often, you just don’t know why he is ignoring you all of a sudden.

He could just be busy with work, but it could also be something else…

The way to handle your boyfriend ignoring you is to take it easy and NOT to treat it like a big deal.

They start ignoring him back.

When a couple starts playing the ignoring game, the relationship will break down very quickly.

This is not what you want, especially when you don’t know the REAL reason why he’s ghosted you.

Instead, when your boyfriend ignores you, the first thing you should do is to send him a short and casual text.

This will give him a chance to explain why he’s been ignoring you.

It will also show him that you are taking it easy, and not playing along with his games.

In many cases, just being emotionally unreactive to him will be enough to make him stop ignoring you.

2. Give Him Some Space

If he is avoiding you after your short text, the next step is to give him some space.

In other words, don’t reach out to him for a couple of days.

Sometimes, guys need space to deal with their emotions alone.

Texting him over and over again will turn him off, making him even more cold towards you.

When a guy ignores you, you should avoid overreacting or making any big moves.

In fact, sometimes guys will ghost you just to try to get a reaction out of you.

Instead, you should give him less attention.

When you stop talking to him for a few days, you create an “emotional vacuum”.

He will suddenly notice how bad it feels not having you around, and not receiving your care and attention.

This is a great way to teach him a lesson, and force him to reach out to you again.

(To make sure he never ignores you again and stays 100% devoted to you, check out this guide!)

3. Invite Him To Open Up To You

If your boyfriend is still ghosting you, it is time to put some pressure on him.

The worst thing you can do now is start chasing or begging for his attention.

Remember the golden rule: Do not overreact.

At this stage, you should call him out for ignoring you, but do it in a calm and relaxed manner, without any anger.

A good way to do this is to send him this text:

“Hey, I’m not sure why you’ve been ignoring me recently. Please don’t do this. If you’re ready to open up, I’m always happy to listen.”

This text does a number of things:

First, you INVITE him to open up to you.

You let him come to you, instead of chasing after him.

Second, you call him out on ignoring you.

This puts pressure on him to stop playing games, and be honest with you.

Finally, it shows him that you care about him, but at the same time, you’re not obsessed or stressing out over the situation.

This text is extremely powerful, and will force most guys to come back to you.

Do you still remember how you felt when you first started dating him?

How safe and comfortable it felt to be in his arms?

How special he made you feel?

So what happened? Why is he suddenly so cold to you?

The answer is actually quite simple:

He feels too safe with you.

Here’s what we mean:

It’s hardwired inside their minds, in the same way dogs love playing fetch and chasing after tennis balls.

But once you get too comfortable with him, he will not value you the same way.

He will start to take you for granted, and even get bored of you.

So here’s what you do:

Slowly start to move on, focusing on yourself for a while.

Go out, hang out with friends and meet new people.

Be sure to stay active on social media, and make plenty of posts of you having fun.

Don’t be afraid to flirt with other men – You might find an even better guy to date!

When your boyfriend sees this, it will make him jealous and want you more.

It will reactivate his “chase” instinct, and he will start chasing you again!

(See this guide for more clever tricks to keep him devoted to you!)

5. Give Him An Ultimatum

If he is still ghosting you after a week of no contact, it’s time to give him an ultimatum.

This is where you reach out to him and give him one last chance.

Make it clear that you’re tired of playing games, and you’re ready to move on if he doesn’t stop ignoring you.

This puts pressure on him to make a decision – Either commit 100% to you again, or lose you forever.

BONUS: Say These Words To Make Him BEG For Your Love

If you want to force your boyfriend to devote his whole heart to you, and make sure he never ignores you again, then read this carefully.

When a guy ignores you, it’s a sign that he is fading you out in his heart.

And if you don’t act quickly, he might fall out of love completely and leave you for another woman.

So what’s the fastest way to bring his love for you back?

The solution is actually pretty simple.

There are a few easy tricks that every man is secretly craving from his girlfriend.

These special words and techniques target the “emotional triggers” inside his mind, and make him feel an emotion even more powerful than love.

To learn how to do this, check out this free eBook right away:

FREE GUIDE: Make Him Yours FOREVER!

Get The Guide Now!

Here’s the truth about relationships:

Getting ghosted by your boyfriend hurts.

Most girls just don’t know how to respond to this, and they try way too hard to get their boyfriends’ attention back…

But they end up pushing further away, ruining the relationship permanently!

Instead, you must capture his heart the smart way.

The longer you wait, the harder it is to get his love back.

Start using these special techniques immediately, and watch how quickly he comes running back to you!

FREE GUIDE: Make Him Yours FOREVER!

Get The Guide Now! 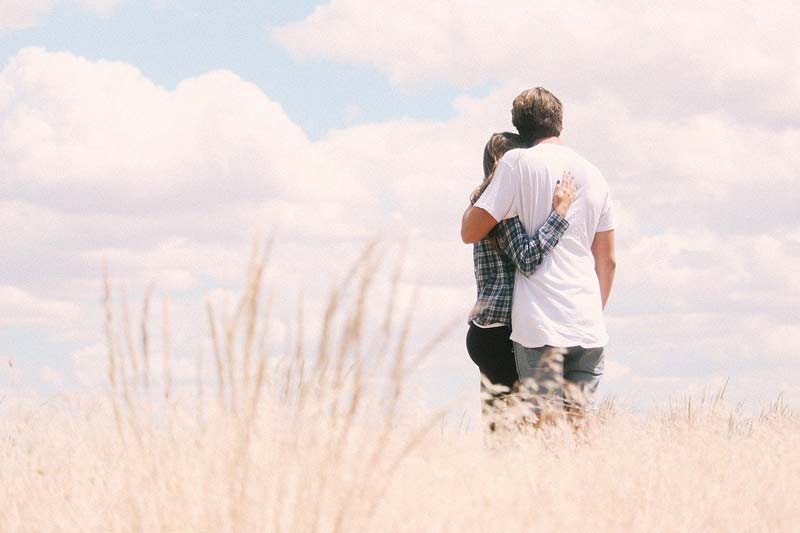 How To Make A Man Feel Loved And Respected

The FlirtSavvy Team April 20, 2021
Every girl just wants their man to feel loved and respected. So today, we’ll be sharing with you 25 easy ways to do so!
Read More 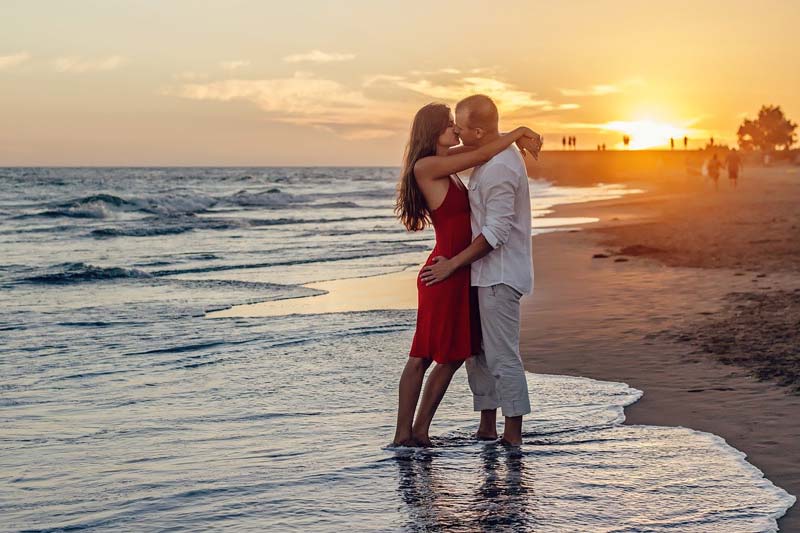 The FlirtSavvy Team April 11, 2021
Here are 10 easy ways to make a man feel like a hero. These simple tips will make him feel strong, confident, and even more in love with you!
Read More 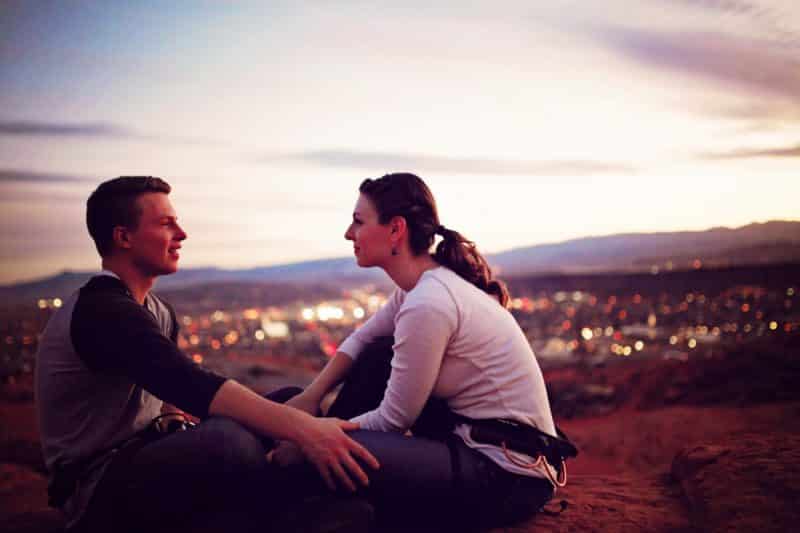 25 Deep Things To Say To Your Boyfriend (To Make His Heart Melt!)

The FlirtSavvy Team April 1, 2021
Find the PERFECT words to express your love to your boyfriend. These deep and meaningful quotes will make his heart melt!
Read More 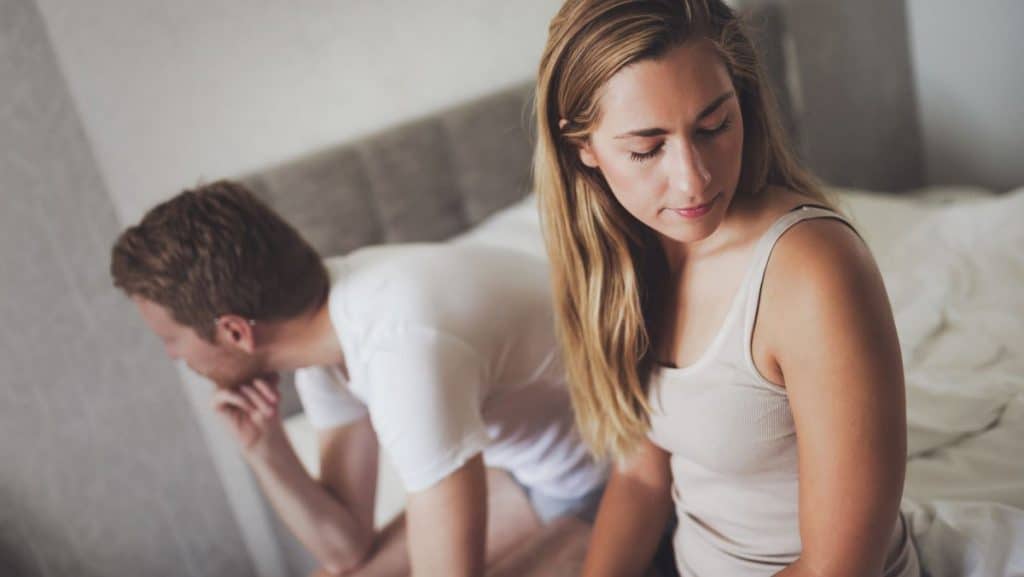 What To Do If Your Husband Is Cold And Unaffectionate

The FlirtSavvy Team March 10, 2021
Our team of relationship experts will show you 5 clever ways to get your cold and unaffectionate husband to love you passionately again!
Read More 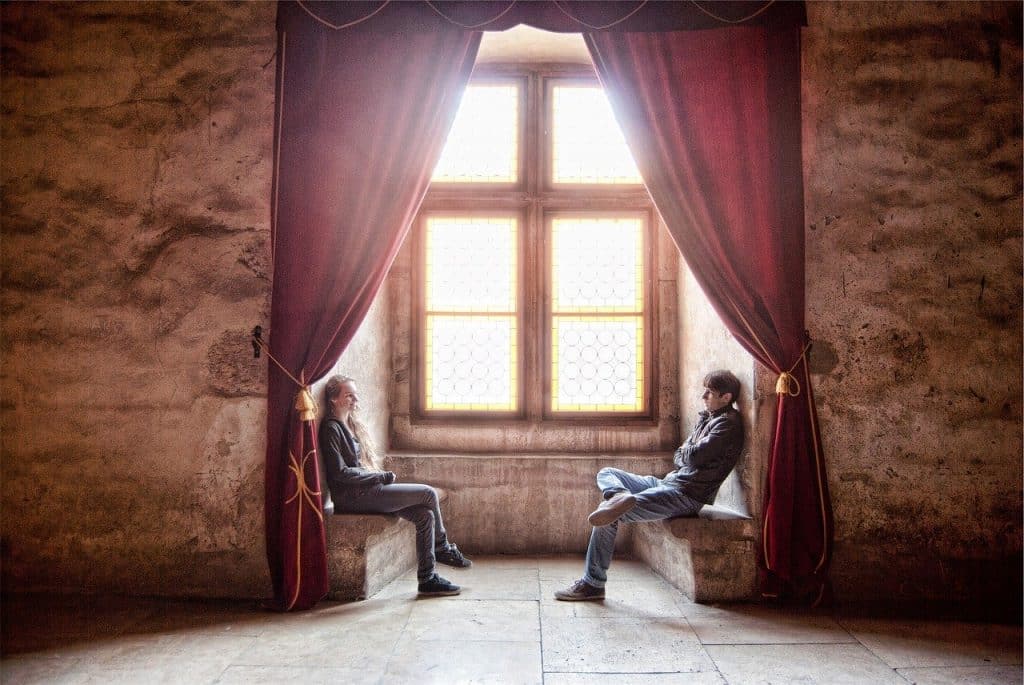 How To Ask Your Ex Boyfriend To Hang Out

The FlirtSavvy Team February 23, 2021
Today, we’ll show you the RIGHT way to ask your ex boyfriend to hang out, whether you just want to be friends, or you want to get him back.
Read More

Does My Ex Really Love His New Girlfriend? Here’s How To Tell

The FlirtSavvy Team February 23, 2021
Has he really moved on? Or is he still thinking about you secretly? Watch out for these simple signs to know how he REALLY feels…
Read More

FREE TODAY: Make Him Yours FOREVER! 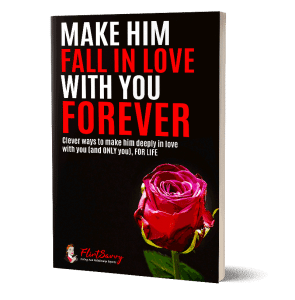 FREE GUIDE: How To Read A Man's Mind 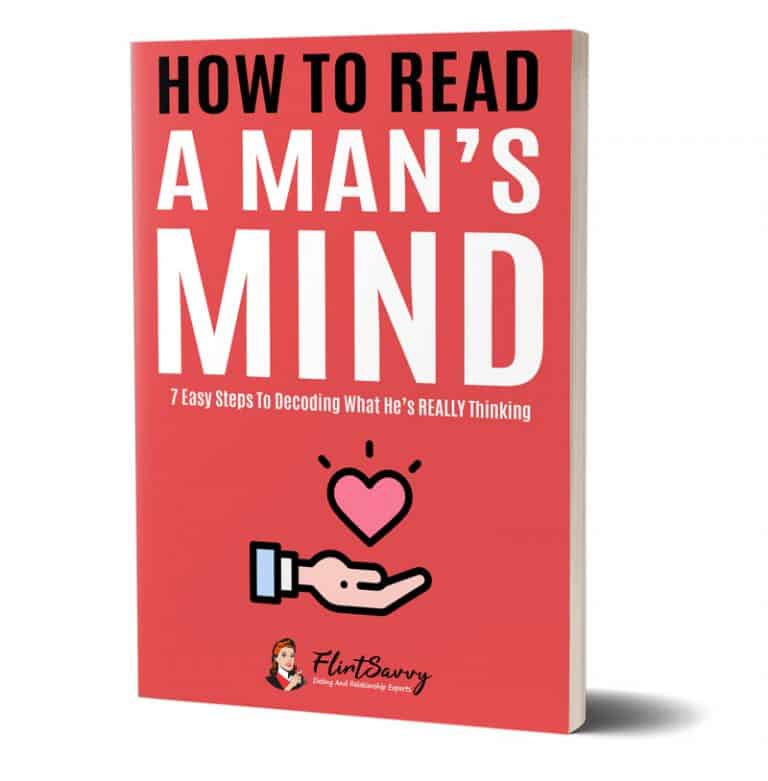 Learn the special way to read a man’s mind and know EXACTLY what he’s thinking, just by looking for a few simple behavior cues.

Get Your FREE First Date Guide 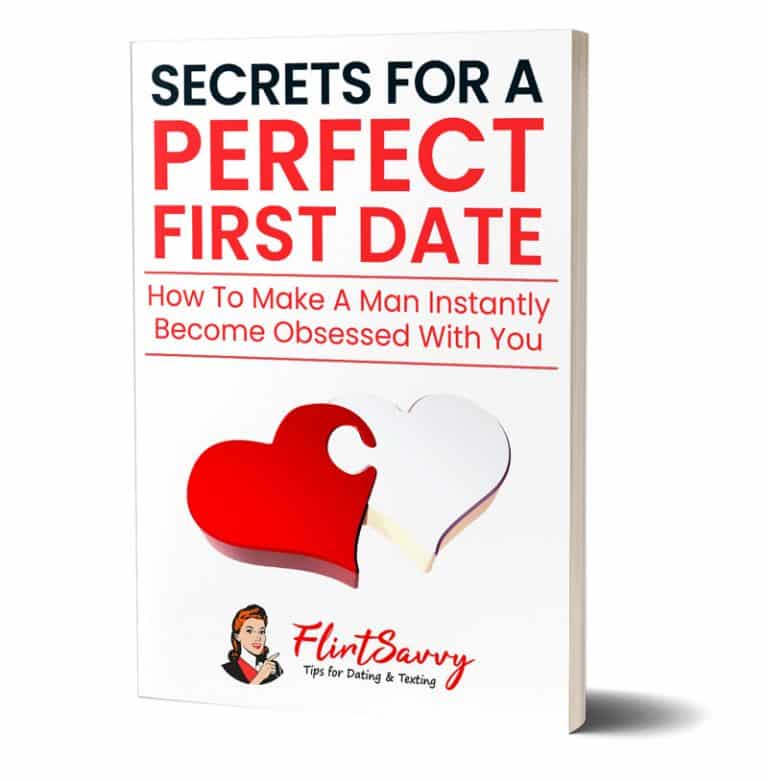 Learn the special way to make a man fall for you within 10 minutes of your first date. Never feel nervous for a date again!

Get Your FREE Guide For Texting Guys 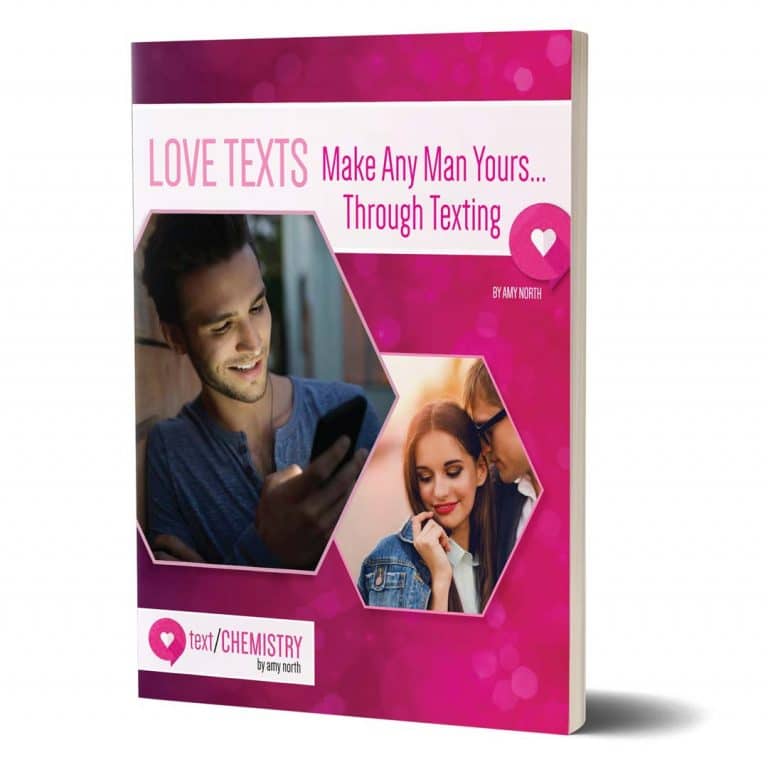 Learn the 5 weird texts that make guys go crazy about you.

Get Your FREE Guide For Texting Guys

The Simple “Desire Texts” To Steal His Heart

Unlock The Secret Text To Make Him Love You